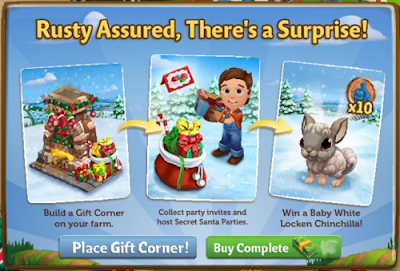 It’s the season of giving so why not be each other’s Secret Santa? We can do this by building a Gift Corner to collect Invites for Rusty’s Secret Santa party. In return, you’ll get a Baby White Locken Chinchilla.
If you are level 15 or above, the "Rusty Assured, There’s a Surprise!" popup will appear. Click on the "Place Gift Corner!" button to begin this feature. 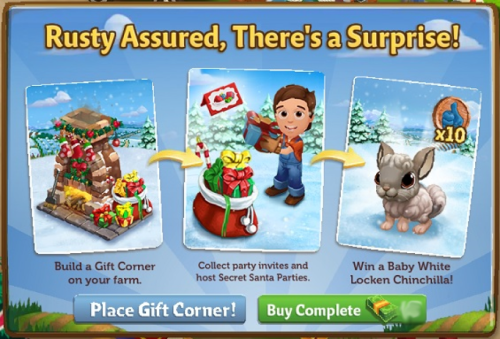 Once you’ve placed the building frame for the Gift Corner, collect the materials you need. 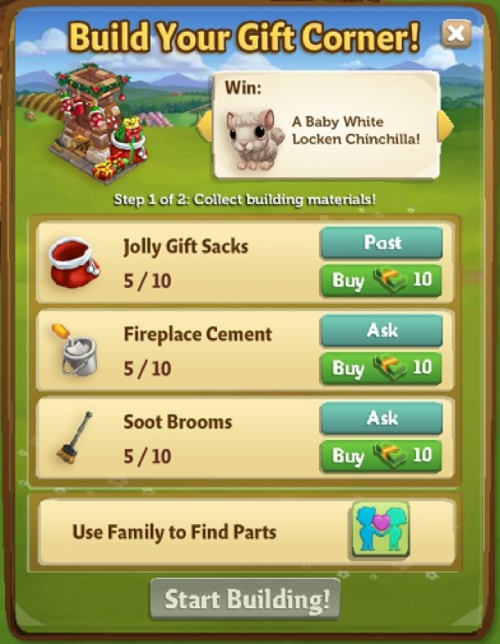 Then, ask your friends to be builders or hire them. 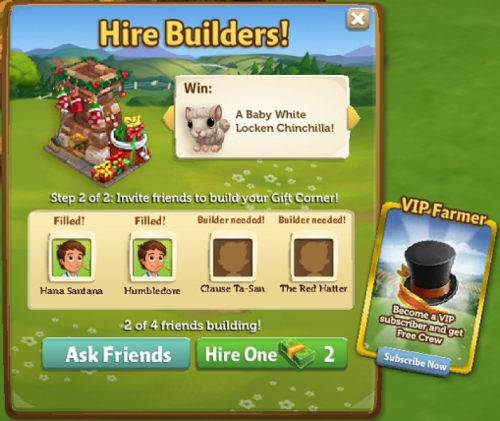 This is how the Gift Corner would look like once it’s done. Click on the building to open the menu. 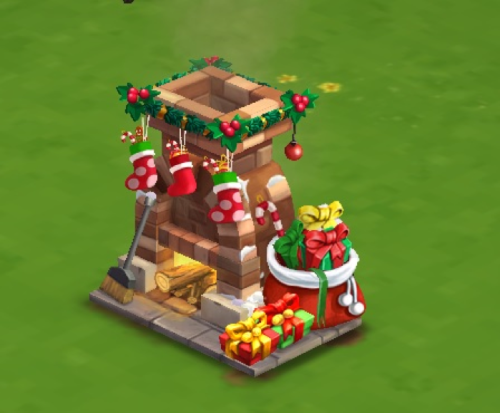 To host a Secret Santa party, you need to collect the required number of Secret Santa Invites and invite your friends to complete the goal. There are 4 ways to get Invites. 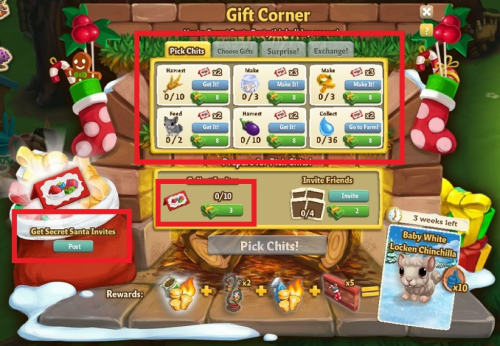 4. Get it as a reward from the “Time to Throw Snow” line of quest. 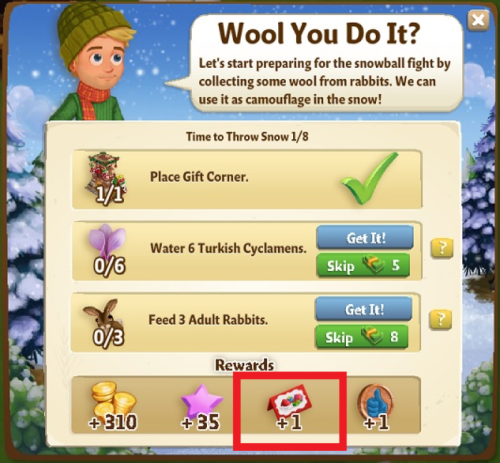 There are 4 tasks that you need to complete in the Gift Corner: Pick Chits, Choose Gifts, Surprise! and Exchange! The first task must be finished before the next task is made available. 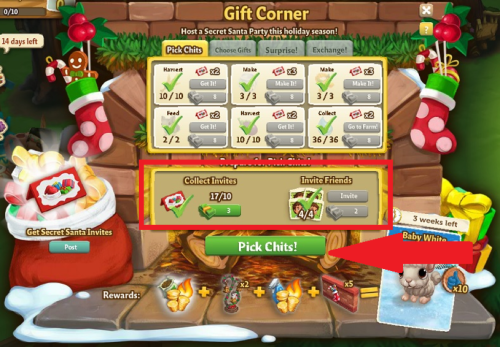 You can then collect your rewards for the first task and share it with friends! 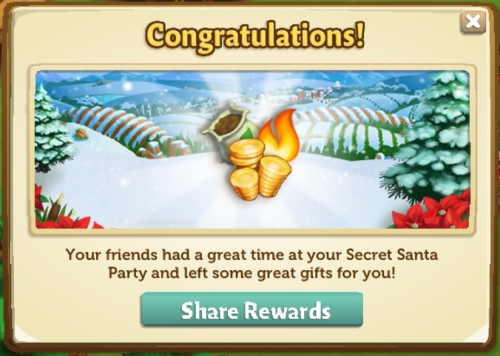 Click on the building to start on the next task. 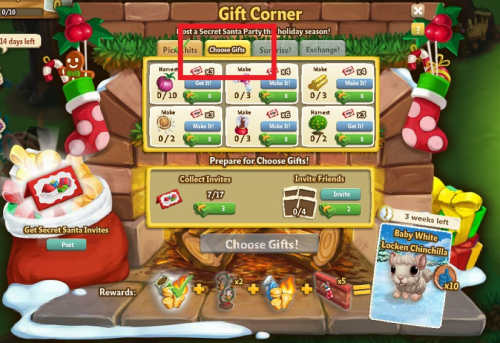 Each task has its corresponding reward. Once all tasks are completed, you will then get the baby White Locken Chinchilla and 10 Favors.

These rewards will surely be great in your farm and if you want to get another set, simply re-do the feature! 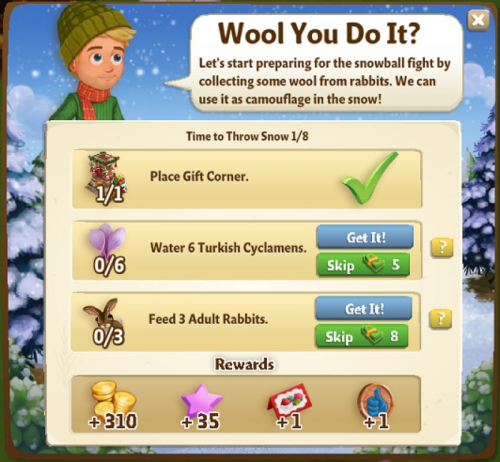 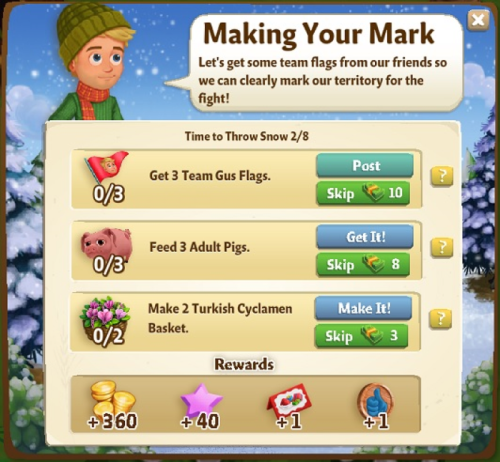 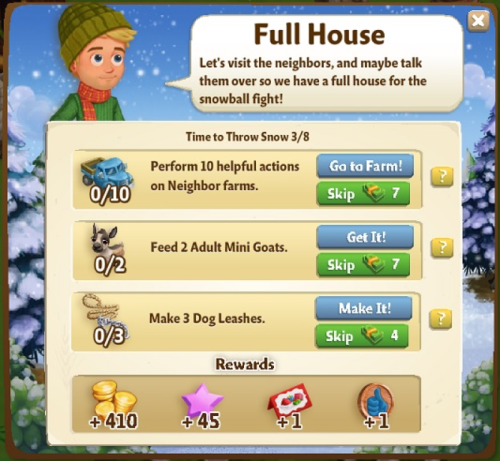 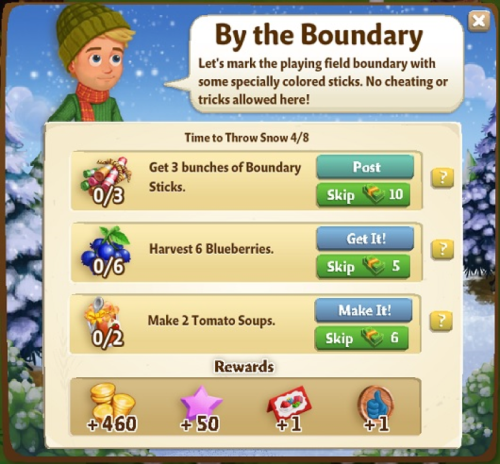 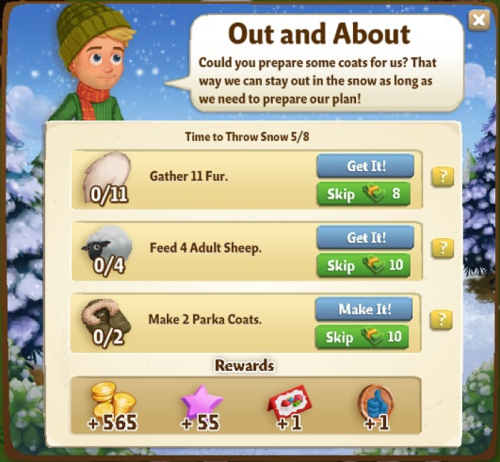 6. Getting Your Hands Dirty: 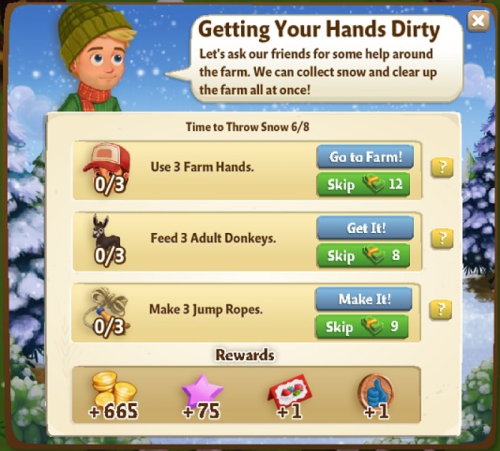 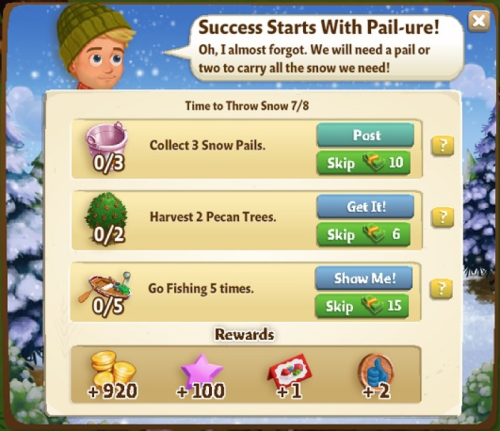 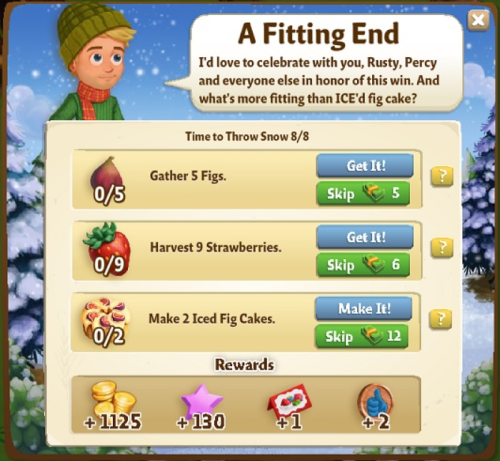